(Specializing in girls' and women's ice hockey and softball) 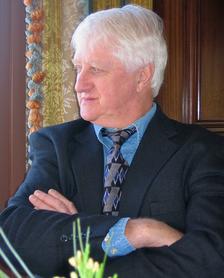 Don MacLeod is one of the most successful coaches in the history of women's college ice hockey.  As Northeastern's head coach during the '80's and '90's, he compiled 210 wins and only 59 losses.  He enjoyed a run of 108 wins and just 20 losses from 1988 to 1992.  MacLeod guided the Huskies to an undefeated 26-0-1 campaign in 1987-88 and a 42-game unbeaten streak from 1987 to 1989.  He holds the second-best winning percentage (.772) in the history of NCAA women's hockey.  During Macleod's tenure, the program won two ECAC Tournaments, eight consecutive Beanpots, five Division I Invitational Tournaments, and three Concordia University Invitiational Canadian College Tournaments.

MacLeod also served roles with the U.S. Women's National Team.  He was the head coach in 1989-90 for the first-ever International Ice Hockey federation World Tournament in Ottawa, coaching the Americans to a silver medal.  He was also a National team evaluator in 1991-92.

Don played semi-pro mens' fast pitch for 15 years throughout New England, Pennsylvania, and New Brunswick, Canada.  This experience led to coaching high school girls at Melrose, Stoneham and Wakefield High Schools where several teams qualified for the state tourney.  Don also played for the state champion Raytheon Hawks in 1975.  the Hawks competed in the US National Tourney.  Don was twice selected for the Massachusetts State All Star Squad.

Additional experience was gained as a high school and senior softball umpire and instructor at several summer camps.  Although don is familiar with all aspects of softball, pitching instruction is his specialty.  He out-pitched world-famous Eddie Feigner's "The King and his Court" 6-1 in 1968.

Other Teaching Experience
View on Mobile